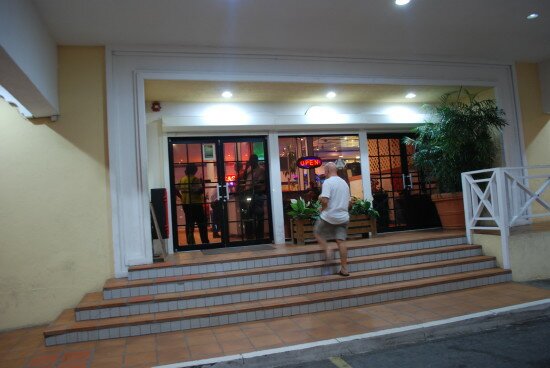 St. Maarten – Police are on the lookout for a robber that managed to waltz into the Paradise Casino on Sunday evening at about 10.30 p.m. threatened the cashier with a gun and forced her to fill his bag with cash. Players in the casino including security did not notice that they were being robbed. One witness told this newspaper that the man was wearing a long-sleeved shirt and jeans.

Police has not send out a report about the incident however this newspaper received confirmation from staff members that about $28, 000 was taken in the heist. This is the third casino robbery within two months. On September 18 the Sonesta Great Bay resort was robbed by two masked gunmen who managed to escape from the scene. On Wednesday, October 7, masked gunmen stormed in Rouge et Noir Casino and took an undisclosed amount of cash from the casino and escaped on foot. Police are on the lookout for suspects in these cases.