St. Maarten - The junior queen pageant and Junior calypso and road march competition are the first carnival shows this year. Both events will be held on Sunday March 27 ...

The last available figures about solved robberies in St. Maarten dates back to 2008. In that year, detectives solved 51 robberies, a mere 17.44 percent of the total. The Netherlands was doing better in this field until recently; in 2004, the score wa 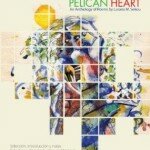 St. Maarten - Pelican Heart, an anthology of poems by Lasana M. Sekou was launched in Mexico at the 10th Conference of the Caribbean Book on november 11, according to the Mexican Association of Caribbean Studies (AMEC). The poetry of the St.

St. Maarten - Police confirmed the death of Maria Del Carmen-Ramirez on Monday. She was one of two people who was taken from a Brime Road home 11:00 a.m. last Thursday. Her male companion Nando Muelssen died that day and she succumbed Sunday

St. Maarten - In its continuous effort to educate the population of St. Maarten, the Chapter of Professional Young People (CPYP) will be presenting a lecture on the dualistic system of government. This system is based on the total separation o

St. Maarten - In order to mitigate an increase in cost for call credit, UTS has decided to offer more specials. The change takes effect today and the new rate is US$ 1 to NAfls 1.79. The change had to be made because of currency regulations establ

St. Maarten - The average cost of consumer goods, measured with the Consumer Price Index (CPI) dropped for the first time in nearly two years during August. New figures released Monday by the Department of Statistics show a 0.3 percent drop when comp

St. Maarten - The archives at the Civil Registry (Census Office) will be digitized. Prime Minister Sarah Wescot-Williams and USONA's representative Udo Aron signed the two year financing agreement totalling NAfls 450,000 for the project on Monday in

St. Maarten - The Standard Trust Company stands to lose its license if the Court in First Instance sentences the business and its three directors for money laundering, forgery and failing to report unusual financial transactions to the MOT, defense a

St. Maarten - It took the Super Six Volleyball team just three sets to put the Nitro team, who clinched one set, in the shadows when the action in the 2010 St. Maarten Volleybal Association (SIMVA) competition resumed last Saturday at LB Scott Sports