Ombudsman: “Law tramples on the constitutional rights of the citizens” 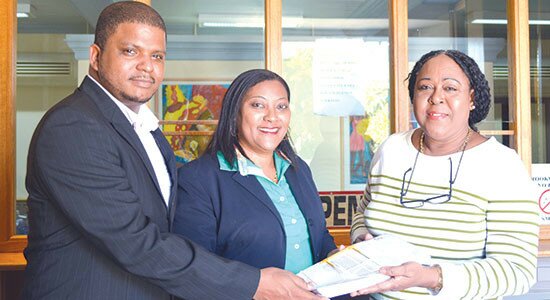 St. Maarten – Yesterday Ombudsman Dr. Nilda Arduin after careful consideration, submitted the national ordinance for the establishment of the Integrity Chamber to the Constitutional Court for review.  This could delay the implementation of the legislation considerably.

In a press release, the Ombudsman notes two reasons for her decision. One is that important amendments were made to the law without the advice of the Advisory Council. The second reason is more elaborate.

“Considering that third parties not being the subject of the investigation are obligated by law to cooperate with the Integrity Chamber in the execution of its task, certain facets of the Integrity law must be reviewed against the constitution,” the Ombudsman states. “The relation between the administrative versus criminal investigations of the chamber, the scope of the administrative authority including the mandating thereof to personnel of the secretariat, and the legal protection of the citizens, particularly when they are not directly the focus of the investigation” are other considerations.

The Constitution of Sint Maarten prescribes the procedure by which a national ordinance is established and ultimately becomes the law of the land. Part and parcel of this procedure is that the advice of the Council of Advice must be sought.

“In this case, after the advice of the Advisory Council to expand the authority of the Integrity Chamber Council was accepted by government, changes were made without the Advisory Council being provided the opportunity to render an additional advice on the changes,” the Ombudsman notes. “One change in particular, which includes the removal of the legal protection against actions of the Integrity Chamber, affects the citizens who are not directly the subject of the investigation. It is the opinion of the Ombudsman that the removal of the pertinent clause may be contrary to the fundamental rights of the people provided by the Constitution.”

The Integrity Chamber has been afforded far reaching powers in order to effectively execute its tasks, the Ombudsman furthermore notes. “These powers include the authority to investigate actions that establish a crime, to issue fines and even prison sentences. Such matters are regulated by criminal law.  Executing these powers by means of an administrative law, without sufficiently providing the guarantees that the criminal law constitutionally demands, should be reviewed by the Constitutional Court.  The clear lines that should exist between administrative and criminal authority are therefore blurred.”

On the advice of the Advisory Council, the Integrity Chamber was granted additional administrative power for investigation, the Ombudsman pointed out in her press release. “However, while the Chamber was given additional administrative authority, after changes were made to the draft ordinance, this is not supported on the opposite end with the required legal protection for the citizens. Administrative authority and the legal protection of the rights of the citizens should be balanced. The fact that these administrative powers can be mandated to secretariat personnel without special provisions is also cause for concern.”

“The Ombudsman is charged with guarding the Constitution. It is the opinion of the Ombudsman that the Integrity Chamber ordinance in its present arrangement insufficiently guarantees the legal protection of the citizens,” the press release states. “While the Ombudsman supports and applauds the idea of a law that attempts to regulate the integrity of public authorities, it is not acceptable that in the process the same law tramples on the constitutional rights of the citizens.”