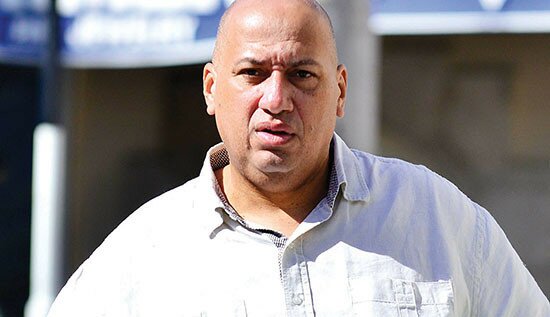 St. Maarten – MP Silvio Matser appears in the Common Court of Justice this afternoon at 1.30 p.m. for a pro forma hearing leading up to his appeal against his January 7 conviction for fiscal fraud. His defunct construction company Energizer also stands trial again, fighting a 4.5 million guilders fine the court imposed in January.

Currently, Matser has a 24-month prison sentence to his name, 240 hours of community service and 3 years of probation. Of the prison sentence, 18 months are suspended.

The Court in First Instance found the 48-year-old Matser guilty of ordering a member of his staff repeatedly to file incorrect wage tax and social premium-statements to the tax office and of repeatedly and intentionally not filing statements for the turnover tax of Energizer. This way, the construction company evaded up to 4 million guilders ($2.25 million) in taxes and premiums, the January court ruling states.

Energizer filed incorrect wage tax and premium statements to the tax inspectorate for almost four years – between January 1, 2006 and October 9, 2010. Matser did not file the statements personally, but he told staff members what to do.

Between January 1, 2006 and December 31, 2007, the company failed to submit statements about the turnover tax it owed for the projects it was working on.

A staff member told investigators that Matser had ordered her to reduce the amounts for the tax declarations by 50 percent.

In 2008, Matser did not file the wage tax and premiums he owed for the work Energizer did at the Porto Cupecoy project. The company’s administration however, contained 24 pages of salary-administration related to this project.

In 2006, Energizer did not declare any turnover tax. Matser declared however to the court that there had been revenue in that year from four projects – Westin, Paradise Mall, harbor expansion and Cupecoy. “Energizer had no statement that the projects were exempt from turnover tax and had not asked for this at the tax inspectorate either,” the court ruling states.

A bookkeeper who started working for Energizer in 2009, told investigators that “the administration was a big mess” and that she executed the tasks given to her by Matser. He told her which amounts to declare and they were never the full amount.

In 2009, Energizer filed taxes for 14 employees that were working on the Porto Cupecoy project, while in reality there were 81 employees on the payroll. The court rejected that argument that Energizer was not responsible for these other workers because they were actually staff of a French-side company who had no permit to work on the Dutch side. “Adding workers to the payroll does not cancel the obligation to file a correct tax-declaration,” the court ruled.

An employee of the tax inspectorate testified to the Judge of Instruction that a control in 2005 had revealed that there was no administration at all over the period November 1, 2004 to June 30, 2005, and that the tax inspectorate therefore had imposed its own assessments. The employee said furthermore that Energizer had not asked for an exemption of the turnover tax and that the company would not have been granted such an exemption either, because the 2005-control had revealed that the company did not meet its fiscal obligations.

The court notes in its ruling that Matser has acknowledged several times that the tax-declarations were incorrect and that he claimed that the administration of Energizer was responsible for them. The court dismissed this argument with a reference to the witness statements.

“As the director and sole shareholder of Energizer NV, the defendant has structurally issued orders for years to intentionally file false tax declarations,” the court considered in its ruling. The wage taxes and premiums the company withheld from employees were not declared completely. The company also hid employees and projects. This behavior must be qualified as very anti-social,” the court ruled in January.

Last week Matser left the United People’s party faction in parliament to form a new majority with the National Alliance, Democratic Party, United St. Maarten party and Maurice Lake, who has also left the UP.

Under the governing accord the group of eight signed, Matser has the right to appoint the Minister of Tourism, Economic Affairs, Traffic and Transport and Telecommunication.

When he votes in favor of the motion of no confidence last week Wednesday, Matser said, “I know I have a court case but this is a regular dispute with the tax inspectorate like many people have.”