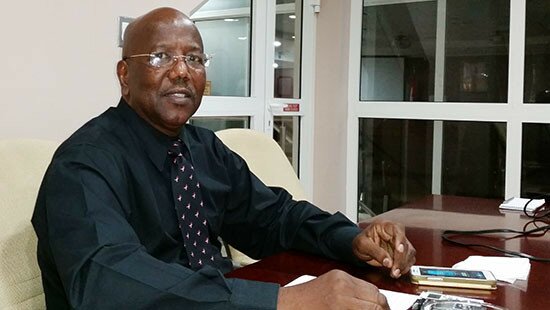 St. Maarten – National Alliance leader William Marlin has always held Justice Minister and Vice Prime Minister Dennis Richardson in high esteem, he said at an impromptu press conference yesterday afternoon. “I spoke with him for an hour,” Marlin said, “And I said that I was deeply disappointed in him.”

Marlin said that it is “totally illegal” for the cabinet to refuse tendering its resignation until the governor has signed the national decree to dissolve parliament.

“I am not a constitutional expert,” Marlin said. “But it is never written in stone. The important thing is that we should uphold the constitution, no matter what the advice from Van Rijn and others say.”

What the Council of Ministers is doing right now – by now making its positions available to the governor – “is a blatant violation of the constitution,” Marlin said, noting that the ministers should have done this immediately after parliament voted 8-7 in favor of the motion of no confidence last week Wednesday.

Marlin dismissed the notion that the constitution does not say exactly when ministers have to make their positions available after a motion of no confidence. “It is immediately,” he said, adding that this is mentioned in the explanatory notes.

The National Alliance leader, destined to become the next prime minister if governor Holiday sticks to the position that there is no reason not to let the new majority form a new government, made a public call on Vice PM Dennis Richardson to lead by example.”

Marlin brought to mind that Richardson, faced with a possible motion of no confidence earlier this year from United St. Maarten MP Frans Richardson that he would resign if a majority of parliament voted against him.

“They cannot say that they will only resign if the governor signs the decree,” Marlin said. “They are hijacking the democracy. The National Alliance is not afraid of elections. Bring it on. But this is not about William Marlin, it is about the democratic process. I am asking Dennis Richardson: why are you putting the governor in this position?”

Marlin said that, in his opinion, elections will do nothing to prevent ship-jumping. “They are going to continue. What do we do then, six months from now? If the system is broken we need to fix it and we need to do that within a year. That would be one of my first priorities.”

“We should not give politicians additional time to plunder the harbor and Gebe more than they have already done,” Marlin said.

He also said that “people are getting phone calls” and that the question is always “what do you want”?

Marlin furthermore expressed his amazement about the run on Dutch constitutional experts, while the government has been adamant that is does not tolerate any Dutch interference in St. Maarten’s affairs any more.