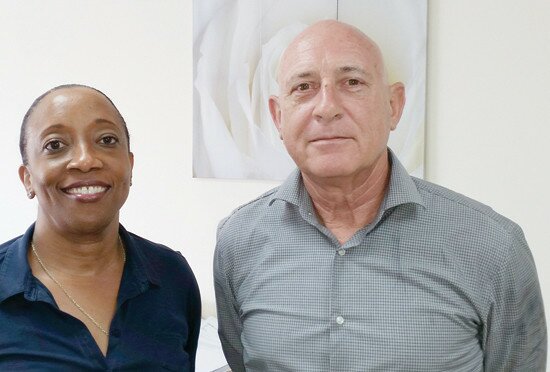 St. Maarten / By Hilbert Haar – The Financial Intelligence Unit, known under its Dutch acronym MOT (Meldpunt Ongebruikelijke Transacties) received since its inception as a local entity in  2011 31,523 reports about unusual transactions, of which it considered 8,769 suspect and fit to forward for investigation to the public prosecutor’s office. That is where the buck stopped last year: in its annual 2014 report, the prosecutor’s office says that it did not investigate a single one of the 1,138 suspect transactions the FIU forwarded.

MOT-director drs. Ligia Stella is not discouraged by the lack of follow up, but it is a serious concern, she said in an interview with this newspaper. “The financial action task force (FATF) has no sympathy for pathetic stories like, we have no capacity to investigate. We have to do what we have to do.”

The MOT distinguishes two types of unusual transactions: the ones that emerge from in-house analysis, and the ones that flow from requests by investigative services. Financial institutions, jewelers, real estate agents, notaries, attorneys, tax advisors, administration officers, accountants and car dealers are all obliged to report unusual financial transactions to the MOT.

The numbers mentioned above are preliminary, because the MOT still has to finalize its annual report, director Stella emphasizes but they give a fair indication of the money that flows through St. Maarten’s financial systems.

The unusual transactions are either objective or subjective. Banks will report every transaction above 20,000 guilders (an objective standard) but they could also report based on subjective information, for instance when a client declines to give information the bank asks for.

The MOT receives an average of forty unusual transactions per day. “Every day we discuss the transactions that come in,” says Hans de Graauw, the coordinator of the analysts at the MOT. We determine whether a transaction is just unusual or that it is suspect. The latter transactions we report to the prosecutor’s office.”

Last year the MOT began with the creation of its department for supervision. In July, the fist information sessions were held with jewelers and a month later, there was one for real estate agents. In September, the MOT began with management sessions – visits to companies where the organization gave and received information. The companies were properly registered in the MOT-system after these visits.

Currently, 90 jewelers and real estate agents have been registered,” says Stella. “The next on our list are accountants and administration offices, and after that, accountants and tax advisors.”

Stella emphasizes that reporting cash transactions also falls under the MOT-legislation. “Sometimes companies claim that they are not doing any cash transactions,” she says, indicating that this could be a reason for closer scrutiny.

That the prosecutor’s office stated in its 2014 annual report that it did not investigate a single suspect financial transaction, does not discourage Stella and her team. “Every three months we meet in a financial detection consultation where we call the prosecutor’s office on this. You cannot continue to ignore this. The MOT is governed for three quarters by international requirements. We have to abide by the 40 recommendations from the Financial Action Task Force  (FATF).”

Failing to do so, could get the country blacklisted and, by extension, less atteatrive for foreign investors. In 2012, the FATF established that St. Maarten did not do enough to investigate suspect financial transactions. “We did not meet the requirements of 14 of the 16 key recommendations from the FATF,” Stella says. “The criminal code is now in place, so that is one of them, but we still do not meet fourteen of these criteria. I talk about this with the minister and the prosecutor’s office all the time. We have to meet these criteria.”

Two years from now, St. Maarten has to be ready for a National Risk Assessment by the FATF. “We still have a bit more than a year to go and we have to be ready,” Stella emphasizes.

The MOT was established on 10-10-10, and it started its work in 2011 by setting up its database. There were two analysts and one office manager. Currently, the MOT has a staff of eleven: four supervisors, three analysts, an office manager, an IT-specialist, a human resources manager and director Ligia Stella.

Analyst Hans de Graauw joined the team as coordinator in July of last year. “The intention is to add four more supervisors,” says Stella. “They visit companies in teams – one talks, the other one writes. This way they cover each other.”

The MOT sent its first suspect transactions for further research to the prosecutor’s office in 2012. So far, not much has been done with these reports, due to a lack of financial expertise at the prosecutor’s office. Stella says that the reports are not just about legal entities but also about individual citizens.

How do private sector players recognize money launderers? Analyst de Graauw: “The private sector has to be well equipped for this to keep the criminals on the outside,. They have to do their due diligence and know their customers. We make them familiar with the nuts and bolts, and we have to make clear that reporting unusual transactions is an international requirement. Companies have to keep the information about their clients for ten years and they have to train their staff.”

Legislators also have work to do, because St. Maarten’s laws have to be up to par in the fight against money laundering and the financing of terrorism. In this field, the devil is in the details, but one issue stands out, Stella says. “We have to merge the national ordinance MOT and the national ordinance identification for financial services.”

In 2013, experts from Jamaica, the Bahamas, the Cayman Islands and Barbados assessed St. Maarten under the supervision of Alejandro Quevedo, a legal advisor at the Caribbean Financial Action Task Force. They found amongst others that non-bank financial institutions (like money transmitters) are vulnerable to money launderers and terrorists. The team also found that an issue could arise in the field of terrorism-financing from drug trafficking via the island.