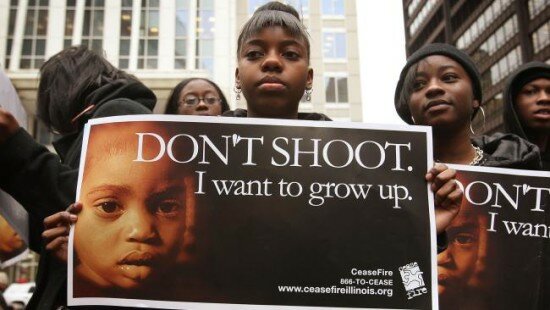 Tragically, outrageously, editorials decrying gun violence in our country have become a regular feature in US newspapers, the San Francisco Chronicle wrote this week in a plea that fits St. Maarten too even though so far the island  has been spared mass shootings at schools. This is the chronicle’s take on the issue:

“There have been so many, so often. Nothing as horrific as mass shootings ever should become a staple of the news in a civilized society.

The alternative — which we cannot countenance — is to shrug and accept this as the American way of life.

In July, The Chronicle wrote: “Thursday night’s mass shooting in Lafayette, La., has a sickening similarity to so many other mass shootings the country has endured over the past few years: an angry male shooter with antigovernment beliefs, three senselessly dead and 11 wounded.” How horrifyingly easy it would be to tell the tale of this week’s shooting by merely substituting Roseburg, Ore., and 10 dead with 7 wounded.

Americans can’t allow the repetition of these shootings, as President Obama said Thursday night, to numb us to their horror. We must use the repetition to fuel our drive to change the narrative — and the courage of those who purport to represent us.

First, some perspective: Gun deaths (33,636), according to 2013 figures from the Centers for Disease Control and Prevention, rank second to deaths after breast cancer (41,325), close to those from car crashes (32,719) but far above deaths from terrorism (seven). The numbers alone should move us to action. But the gun debate has become a highly symbolic and fruitless shouting match that allows both sides to make political points but fails to move us toward any solution.

Obama, his voice tinged with anger, said, “And what’s become routine, of course, is the response of those who oppose any kind of common-sense gun legislation.”

The sheriff of Douglas County, Ore., where Thursday’s shooting occurred, wrote the president in 2013 “to make a formal request that you NOT tamper with or attempt to amend the 2nd Amendment. Gun control is NOT the answer to preventing heinous crimes like school shootings.”

We must drop those cudgels and prevail upon Congress to take action that will make a difference: expand criminal background checks for potential gun buyers, restore the ban on assault weapons, and broaden existing federal prohibitions on gun ownership as it relates to mental health and a history of violence.”

The fact that any one provision will not stop every scenario is a weak excuse for failing to act on something that might prevent some madman somewhere from inflicting the next mass shooting.

Americans must not be cowed by those who would suggest that standing up to the gun lobby is somehow “politicizing” or “exploiting” a tragedy. We must not stop — will not stop — until rationality prevails.