Dutch parties concerned, but no immediate help on offer

St. Maarten / THE HAGUE / By Hilbert Haar – GreenLeft and the CDA-faction in the Dutch Second chamber have taken an interest in the emergency situation in St. Maarten concerning the problems with prison cell capacity. Lisanne Vodegel, a spokeswoman for GreenLeft wrote in answer to questions from this newspaper that the party is “positive about a proposal to intervene in a timely manner, if necessary with extra financial resources.

CDA spokesman Bas Jan van Bochove wrote that he is looking for a way to debate the situation in St. Maarten with the Minister of Kingdom Relations, Piet Hein Donner. But there is no immediate help on offer to alleviate the shortage of prison cell capacity.

GreenLeft pointed out that article 43 of the Kingdom Charter (about the Kingdom’s guarantee function) “does not indicate clear obligations for the Kingdom of the Netherlands.” Vodegel says, on behalf of faction leader Jolande Sap, “The article has always been considered an ultimum remedium (a solution of last resort – ed.), according to the Kingdom Council of Ministers.”

However, Vodegel adds, “This does not change the fact that according to GreenLeft the limit of what is acceptable has been exceeded as far as the maintenance of law and order in St. Maarten is concerned,”

For GreenLeft, the same applies to the problems with the Isla refinery in Curacao. “This is why Ineke van Gent member of the GL-faction – ed.) wants more clarity about the guarantee function.”

According to GreenLeft it is about time “that the ministers take their responsibility and give meaning to article 43 of the Charter.”

CDA spokesman Van Bochove says that he is concerned about the news from St. Maarten about the prison system and the police force. “I am concerned, but not really surprised. We have inn the end agreed with an autonomous St. Maarten. We had our doubts, but if you have agreed, you must also give the government the space4. That does not mean that there are no concerns”

Recently the second Chamber debated with Minister Donner about the guarantee function and how to give meaning to this article, Van Bochove pointed out. “It is clear that this is not simple. In May the government comes with an opinion about the issues surrounding this article in the charter.”

Van Bochove acknowledges that the problems with the prison cell capacity and with the understaffing of the police are “indeed serious,” adding that the previous government did already take some action in these fields in the past. “I am looking for a possibility to have a debate about this with the minister.”

Thomas Bos, who answered our questions on behalf of the Labor Party faction in the second Chamber, made clear that the ball is still in St. Maarten’s park.

“Under the currently valid general measure of Kingdom governance guarantee country tasks in St. Maarten there is a plan of approach to get the business in the prison in order. We expect that this plan will be neatly executed. A progress committee and ultimately the Kingdom Council of Ministers supervises this process,. If there is currently an urgent situation then it is in the first place up to the government of St. Maarten to solve it. If that proves to be impossible the Kingdom Council of Ministers can be alerted.” 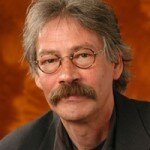 The GreenLeft faction also referred to a discussion that took place about six months ago in the Dutch Senate, where GL-member Jan Laurier emphasized that the new countries in the Kingdom must be viable, and that under the new status they must be better able to handle their future than the country that is being dismantled was.

Laurier said at the time, shortly before the dismantling of the Netherlands Antilles and St. Maarten’s country status obtained the green light from Dutch politicians: “One has to offer the population guarantees in the fields of good governance, legal security, responsible financial management and a good quality of life. At this point my faction has struggled with doubts whether these conditions have indeed been met to let the islands make a good start. Slowly but surely requirements have been dropped during the process; it turned out that obtaining the autonomous status had become a requirement to realize these conditions. GreenLeft had and has a lot of problems with this.”

Laurier was also concerned about the quality of the justice system in the new countries. “My faction is asking the government whether extra guarantees can be given that offer citizens the guarantee that during a hearing on appeal they are able to count on a new and fair judgment.”