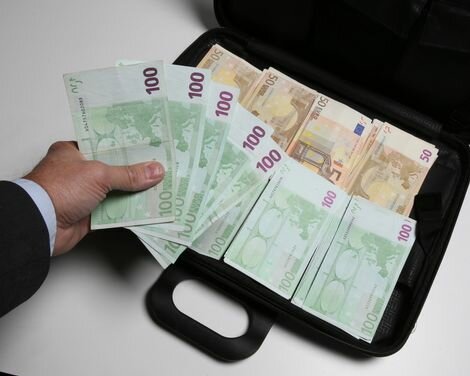 There is a lot of dirty money in the Netherlands. Photo Johannes Dalhuijsen

AMSTERDAM – The magnitude of visible dirty money in the Netherlands doubled in the past five years, the Telegraaf reports. In 2010 transactions worth more than €1 billion ($1.14 billion at the current rate of exchange) were declared suspect. In 2014 it was €2.4 billion ($2.7 billion). In St. Maarten suspect transactions in 2014 amounted to 433.3 million guilders ($242 million), according to data from the local Financial Intelligence Unit. None of these transactions have been investigated.

“In spite of this enormous increase investigating agencies are doing too little with the instantly available information about money laundering practices,” the newspaper reports.

The Telegraaf investigated unusual financial transactions and asked the Financial Intelligence Unit in the Netherlands for a reaction. In the Netherlands, the FIU is operating under the wings of the National Police, an organization that was until recently led by Gerard Bouman.

Most remarkable are, according to the Telegraaf, 83 reports from financial institutions about suspect transactions of €5 million or more within a period of two years. The FIU does not know how many of these reports have resulted in an investigation and what the results of such investigations have been.

Financial institutions are obliged to report unusual financial transactions to the FIU. According to director Hennie Verbeek-Kusters the police and other investigating agencies are not doing enough with the information and the results of these investigations are not always clear.