Doubleplay-author Arion passed away at age 78 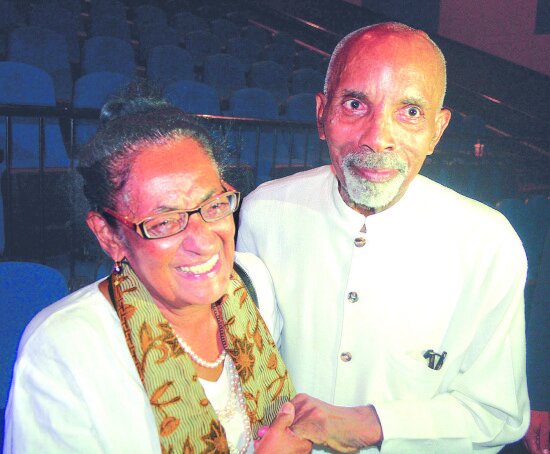 WILLEMSTAD – The Nestor of Curacaolenean literature, Frank Efraim Martinus, better known under his pen name Frank Martinus Arion, passed away yesterday morning at the age of 78, Dick Drayer reports on Caribisch Netwerk. The author became well known with his debut novel Doubleplay (Dubbelspel) that was published in 1973. In Curacao he was also known as a poet, an advocate of Papiamento in education and a political activist under the flag of Helmin Wiels’ Pueblo Soberano.

Documentary producer Cindy Kerseborn portrayed Arion in 2014 in the movie ‘Frank Martinus Arion, Yu di Kòrsou.’ “I got to know him as a warm man, an absolute womanizer, who knew how to address taboo breaking themes. Like his poem The White Negress. I thought at first – that is cheap. But he wrote it shortly after May 30, 1969 and it had, just like much of his other work, a political and social angle.”

According to Kerseborn, Arion was much more than his novel Doubleplay that made him world famous. “I asked Frank during the making of the documentary whether his debut novel had been written by the man or by the woman inside Martinus? You feel from everything that it was the woman in him,” Kerseborn says. Then you have understood it well, Arion told her.

Arion made his name as an author with Doubleplay, a tragedy about four black Antilleans who are playing a game of dominos that ends in murder and suicide. When it was published in 1973, critics praised it as a stylistic masterpiece and a tragicomic portrait of the Antillean society.

In 1992, Arion became a Knight in the Order of Oranje Nassau. In December 2008, he returned the decoration to the Dutch State. The author was active within the upcoming Pueblo Soberano movement of Helmin Wiels. Arion thought it quite unacceptable to link the debt relief to the new constitutional structure and he accused the Netherlands of recolonizing the Antilles.