Daughter suspected of murdering her father 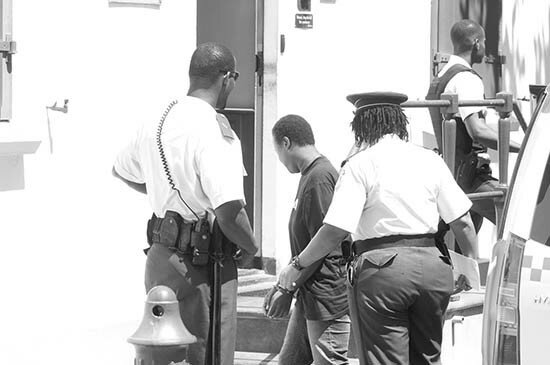 The daughter of the late Eddie York, J.Y is escorted to the court house. Photo Today / Andrew Dick

St. Maarten – Police arrested 33-year-old Jannie Elisabeth Y. on Wednesday around 1.30 p.m. on suspicion of having played a role in the death of her father, Eddie York on December 31 2014. According to eye witnesses, detectives arrested her when she was walking near the police station in Philipsburg. Yesterday the Judge of Instruction extended her custody by eight days.

In the early hours of Wednesday December 31 around 2 a.m. a witness reported that a 72-year old man was found wounded in the bedroom of his house in Upper Princess Quarter. Several police officers and paramedics immediately rushed to the scene and started CPR. Around 4 a.m. the man was pronounced dead.”

Press Public Prosecutor Karola van Nie confirmed that indeed a female was picked up on Wednesday and that she appeared in front of the Judge of Instruction on Friday on the request of the prosecutor’s office to extend her pre-trail detention for eight days. No decision has been made by the Judge up to press time on Friday afternoon. “I am not saying anything else about this case, we do have the suspect in custody and that is all I will say,” stated the public prosecutor.

Jannie Y. told the Judge of Instruction yesterday that she had not put any land belonging to her late father in her name, “Me and my dad went to notary Mingo. My father had 26 children and I was his favorite. I miss my dad, I wish he was here. All rumors are false.”

The suspect furthermore told the judge that she had problems with the law before, for threats “after I have been threatened by my sister.”