Rumors (to have Ted Richardson as new Airport Director)

Elton Jones was the first one to bring it up and UP faction leader Franklin Meyers repeated it in parliament yesterday: Ted Richardson, the former minister of tourism, economic affairs, transport and telecommunication could become the successor of ou 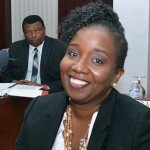 MP Tamara Leonard: “I feel like we have to take a hit too.” Photo Today / Milton Pieters St. Maarten News - The parliament seemed to be going in record tempo through the debate about the draft 2016 budget yesterday. By 6.35 p.m. all 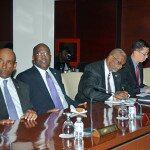 Ministers Gibson, Marlin, Kirindongo and Lee at the beginning of the afternoon session in parliament. Photo Today / Milton Pieters St. Maarten News – After the approval of the 2016 budget, Finance Minister Richard Gibson will set the

St. Maarten News - All passengers traveling on Winair will benefit from lower ticket prices starting today with the elimination of all fuel charges. With world fuel prices at record lows Winair will eliminate fuel charges for passengers and cargo 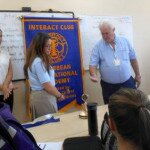 Banner, bell and gavel for Interact Club at CIA

Kite makers await the competition on March 12. Photo contributed St. Maarten News – The Beyond Kultura Events Foundation gets the support from the Be The Change Foundation to participate in the SXM DOET project that will take place on March 11 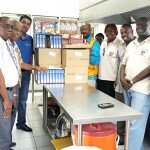 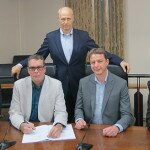 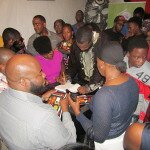 Black History Month lecture: “Your son does not need drugs, he needs his daddy”

Dr. Umar Johnson (center, autographing book) surrounded by guests at the Black History Month Lecture. Photo CLF MARIGOT/GREAT BAY – “When you give a five-year-old, an eight-year-old, or a ten-year-old psychiatric medication, y

St. Maarten News - Two classes of senior students of Milton Peters College (MPC) paid a visit to the TelEm Group main building last week to learn about the company and also to quiz personnel about job opportunities. The students received a presentat