The Sint Maarten Christian Party (SMCP) hosts a general meeting tomorrow at Belair Community Centre at 7.30 p.m. This general meeting serves to inform the public about the objectives and goals of the party. Also, it is an opportunity to ask questions 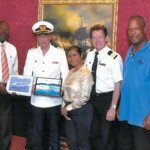 Port representatives pose for a picture with the unnamed captain of the Magellan. Photo contributed. St. Maarten - Magellan is a new cruise ship that made her inaugural call on to St. Maarten on November 21.  The cruise vessel is the ne

Comments Off on Minister Emil Lee: “Up to parents to regulate and guide their children”

Minister Emil Lee: “Up to parents to regulate and guide their children”

St. Maarten - Minister of Public Health, Social Development and Labor, Emil Lee, addressed a packed room at Port de Plaisance during the Women’s Desk awareness event and cultural display focusing on “the impact and influence of Music a 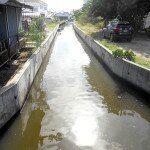 The polluted water in Rolandus Channel that flows towards Great Bay St. Maarten – For years the pollution of the Great Salt Pond has been an issue that is not taken care of properly. Even after several complains from organizations like

Comments Off on New élan in relationship with the Netherlands – Finance Minister Gibson: “Time to turn the page” 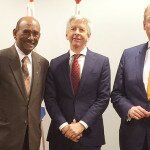 New élan in relationship with the Netherlands – Finance Minister Gibson: “Time to turn the page”

From left Ministers Richard Gibson, Ronald Plasterk and Ard van der Steur. Photo contributed THE HAGUE – There is a new élan in the relationship between the Netherlands and St. Maarten after the visit of Finance Minister Richard Gibso

Comments Off on Country liable for damages inflicted by the causeway

Country liable for damages inflicted by the causeway

Sailing Boat Rental Company wins lawsuit St. Maarten – The country is liable for damages a sailboat rental company suffered from the construction of the causeway bridge across the Simpson Bay Lagoon, the Court in First Instance ruled on Wednesd 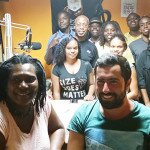 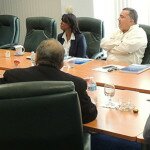 Comments Off on PM Marlin: “First electoral reform” No elections in February 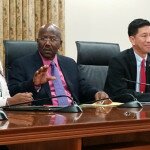 Comments Off on Middle Region killing most likely drugs-related

St. Maarten – Roberto Francisco Gumbs was gunned down in Middle region on Tuesday night around 9 p.m., the police confirmed in a press release. Given the victim’s background, the killing is most likely drugs-related, though the police did not giv

Comments Off on Police arrest two men on drugs charges 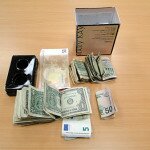 Police found cash in a Mary Kay box at the house. Photo KPSM St. Maarten - The multi-disciplinary team arrested two men on drug charges yesterday at approximately 12.15 p.m., at a home on Quillitor Drive in Dutch Quarter. While driving t

Comments Off on Suspended sentence for casino stabbing

St. Maarten - The Court in First Instance sentenced 27-year-old Vera Lindo to a 1-year suspended prison sentence with 2 years of probation for stabbing a female co-worker at the Atlantis Casino (now Starz) in Cupecoy on January20 of this year. Th 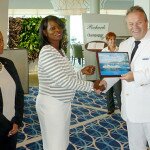 Comments Off on Weighing the votes

Dear Editor, I can agree with your correspondent of November 10 (“On political stability”) that the instabilities in Sint Maarten’s government since 2010 may be due to the uncritical adoption of a political system from The Netherlands. Howev

Comments Off on Congrats for Emil Lee

St. Maarten - The Caribbean Society of Hotel Association Executives (CSHAE) has congratulated Past President Emil Lee for his leadership as President of the Caribbean Hotel and Tourism Association (CHTA) and wishes him success in his newly appointed

Comments Off on More blue on the streets

More blue on the streets

St. Maarten – The police force announced the presence of more men and women in blue on the streets in view of the emerging high season that will bring more cruise vessels and also more arrivals at the airport and thereby, more traffic on

Comments Off on St. Maarten airport on cnn.com

St. Maarten - Princess Juliana International Airport was highlighted in a report that appeared on edition.cnn.com last Monday. The story, written by Milena Veselinovic and titled “Touring the Caribbean’s most dramatic landing strips,

Comments Off on France is crying

Comments Off on Cft regrets “lack of constructive cooperation” reproach

Age Bakker: “Appeal does not suspend instruction” St. Maarten – Financial supervisor Cft “regrets” that “in the vision of St. Maarten there is a lack of constructive cooperation by the Cft.” Chairman Prof. Dr. Age Bakker writes thi 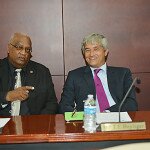 MP Johan Leonard about the cause of ship jumping: Our party leaders blatantly disrespect their members

Comments Off on People’s Progressive Alliance banned from 2016 elections

St. Maarten – The People’s Progressive Alliance (PPA) of Don Hughes will not be allowed to contest the February 9 elections. This appears from a decision by the electoral council. Already in the day Hughes came to the council’s of 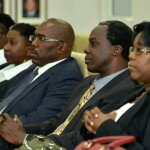 Samuel and Richardson return to parliament

UP-board slams coalition “The DP membership is in shambles”

St. Maarten - "History surely repeats itself and it seems more so in the formation of the coalition of eight," United People's Party (UP) President Sylvia Meyers said in a press statement on behalf of her party’s board yesterday.  "Imagine the

Comments Off on Lions take foster kids to the movies 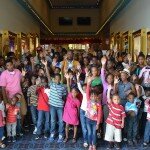 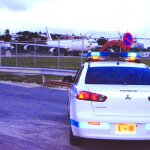 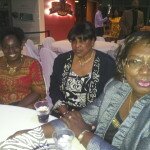 Linda Richardson (right) was one of the women who was recognized for her contributions to society. Photo Today / Andrew Bishop St. Maarten - Managing Director of Motorworld Car dealership Rena Amjad received the Lifetime Achievement

Comments Off on Carnival foundation sets rules for local bands

The St. Maarten Carnival Development Foundation (SCDF) and the islands local bands met last week to continue their new drive to foster closer ties. It was the fourth such meeting since the close of Carnival 2015. The SCDF, in an effort to increase 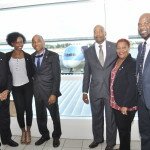 St. Maarten – “My brief term in office has been an accelerating learning experience as well as one of recognizing that there is an urgent need for Government to restructure and optimize its organizational processes to become more e

Comments Off on Position airport director Labega under pressure

Comments Off on St. Maarten Day speeches focus on cooperation 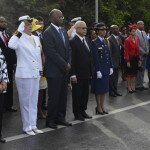 Comments Off on SXM Airways gets support from parliamentarians 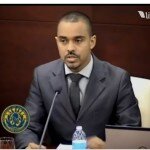 SXM Airways gets support from parliamentarians

Comments Off on Conference gets to the roots of mental illness 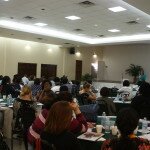 Conference gets to the roots of mental illness

Comments Off on Women’s Entrepreneurship Day: Queen Awards at the Blue Mall next week

Comments Off on Hospital made millions from heroin

Hospital made millions from heroin

AMSTERDAM - The Slotervaart hospital in Amsterdam has for years made millions of euros profit from the production of heroin under license from the health ministry, according to a new book. The claims are made by two Parool and NRC journalists in a ne

Comments Off on Wakeup call

One could argue that there are some oddballs among the citizens who registered a political party with the Electoral Council yesterday, but the fact that an astonishing seven new parties surfaced is a sign that the people are very unhappy with the per