Mike Ferrier about the aftermath of the shooting: “Hopefully, parliament will get a grip on reckless spending” 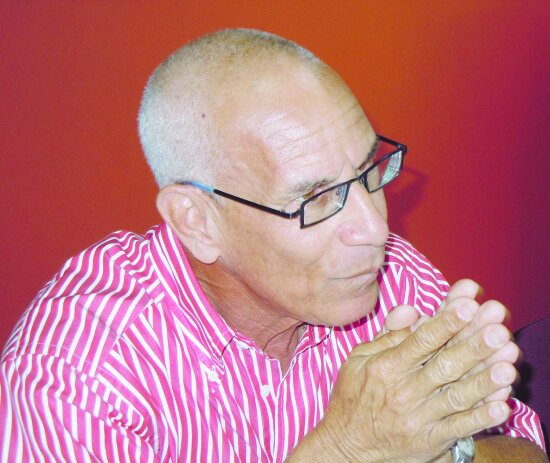 St. Maarten – Businessman Michael Ferrier, a former president of the Democratic Party – as party he left in disgust last year – analyzes in this article the situation the country finds itself in in the wake of the shooting that cost sergeant Gamali Benjamin his life.

Last week’s shooting of a police 0fficer by a coward with a gun has brought our once tranquil “Friendly” Island to an all-time new low in societal behavior. Killing any human being is bad; however, being mentally capable, and physically prepared and able to, actually shoot a police officer, a representative of the law, is a whole other matter! In the rawness of such a tragedy we, (the collective we), seem to be seeking serious debate on this “National” issue. The evidence can be found in both traditional print and social media that has been “lit up”! We are learning that compassion is alive and well in our society. The outpouring of support for the officer and his family should truly give us all hope.

Evidence of our community’s sense of humanity continues to manifest itself as we search for answers to explain such a horrendous criminal act. I have read several articles, letters and online posts in which concerned and oftentimes, clearly enraged citizens try to dissect the situation as they try to identify the root causes of such brazen, unrestrained, reckless violence and a lack of respect for life and authority.

Today, parliament is scheduled to debate the crime situation on our island. This is a good move, as they are the ones who have the power to legislate and affect public policy. We should all take time to follow the debate. And we should all hope, or rather expect to hear a constructive and practical discussion that will address the problem of crime on the island as well as the root causes. Hopefully, there will not be the usual political grandstanding, and chest pounding by Members of Parliament, as proof of their individual concern about the tragic event and Officer Benjamin’s fate. Instead, the debate should be honest, meaningful and, while passionate, remain at a level that will allow discussion of societal problems that, according to all indications, are the root cause of this evil. It is one thing to look for someone, or something to blame given the situation we are confronted with, however, it is more important that we (as a country) attempt to figure out the cause and seek ways and means to prevent, mitigate, or discourage future similar tragedies.

Mention should be made here of the fact that failure to properly control the borders of our island in years gone by, together with the failure to ensure that all children on St. Maarten, legal and illegal, received an education at proper schools, we, as a society, are paying a price. We should have realized that “if we didn’t pay then, we would pay in the future.” Is it possible then that “the future” has arrived?

In a press release issued last Thursday following the shooting, UP Party Deputy Leader MP Frankie Meyers stated that while fighting crime is a priority for government and parliament, they (the government and the parliament) “face a major hurdle”, namely the lack of finances. He said: “Yes we need to get criminals off the street, yes, we need to lock them up and I believe we also need programs to reform and make them productive members of our society, but for that we need the funds.”  He went on to state that “Parliament has approved the 2015 budget, yet under Dutch rules, the Committee for Financial Supervision (the Cft) outranks us.” According to the MP, the Cft (and by implication, the Dutch) is (are) to be blamed for amongst other things, the fact that the prison expansion cannot be started.

The way I understand it, MP Meyers’ message suggests that government wants us, as an island, to be safer, but the restrictions on spending, as enforced by the Cft, are endangering our lives. According to me, that line of reasoning is stretching things a bit. To get our separate status and remain in the Kingdom of the Netherlands while maintaining that “much desired” Dutch Passport, we made a deal with the Dutch, thus accepting several conditions. (To be fair to MP Meyers, he always supported independence, the cost of which – both financially as well as otherwise – has never been publically debated or explained).

But, the reality is that the current status required meeting conditions of a deal. One of those conditions was that they (the Dutch) would take over the debt of the now defunct Netherlands Antilles, some of which was St. Maarten’s. In return, we agreed, in accordance with our own Constitution, to annually balance our budget and submit to financial supervision ensuring there would be sound financial management. Since 10-10-10 governments (plural), including the first three, (involving a political party I was a member of), have not exactly stuck to their end of the deal.

How many times in the last 5 years has the budget been late or missing? When have financial statements been handled by parliament? Setting all that aside, it would be interesting to hear from the present majority coalition in parliament and from their government, why budgets are “paper thin”, as MP Meyers puts it.

In the period leading up to 10-10-10, I was one of the politicians who blamed a lot of St. Maarten’s financial woes on the fact that Willemstad, the seat of the Netherlands Antillean Government, was sucking us dry and we had to “beg” for just about everything. (I speak from experience going back as far as 25 years or so, to the days of the SXM Crime Task Force in the early 1990’s).

Personally, I was one of the proponents to raise the then ridiculously low salaries of the Island Council and Executive Council members to the more than decent levels of pay the MP’s and ministers receive in Country St. Maarten since 2010. I was (naively) convinced that these increased salaries could and would buy the country decent quality MP’s and ministers.

Now we send no money to Curacao, have our own parliament and our own ministers. In addition, taxes collected on St. Maarten, stay on St. Maarten. As a country, we are able to borrow. Today, we pay 5% turnover tax instead of 3%. We pay higher container charges, higher airport departure fees, higher fuel throughput fees, higher seaport fees, higher utility fees, higher communications’ fees and so on. All to government directly, or to government owned companies (as the charges relate to our sea-, air- and teleports).

So why then has it not become easier and simpler for successive governments of Country St. Maarten to pay for and manage the business of the people? Where did all the money go? According to the Central Bank, since 10-10-10, St. Maarten has racked up a debt of almost 700 million guilders. Maybe the budget is “paper thin” because government or government owned companies spent money on projects and schemes that include:

Hopefully in the meeting of today, parliament will discuss and debate how to get a grip on reckless spending. Maybe, parliament will debate a better and efficient system for collection of taxes, fines and other government receivables. Can a country that admits to low tax compliance afford tax deals? Apparently, previous governments thought so with the AUC deal, thereby missing out on over 60 million guilders in taxes.

Maybe, the MP’s will address the fact that money is tight on the annual budget because of the frequent changes of government. There have been four cabinets in as many years, resulting in exorbitant costs due to an ill-advised and ludicrous severance package that provides not only ex-ministers, but also parliamentarians (!!) with salaries for up to 2 years after leaving office.

And hopefully the parliamentary debate will take time to acknowledge that government companies, foundations and independently operated public institutions are operating virtually free of any oversight (the so-called “arms-length-approach”). Dividends or other transfers of funds to government coffers that could have been spent on social programs, or additional police training and equipment, instead have gone into questionable spending, if not pure excess, including:

So, to put a fine point on it, parliament needs to explain what the people have gotten in the last 5 years in terms of new schools, roads, housing projects, health care facilities, social safety net programs, police training, police equipment and/or police salary raises.

In the last five years, St. Maarten has not become safer, so today, during the debate on crime, the MP’s need to explain to us how with higher taxes, higher debt and higher expenditure and very little to show for it, the crime situation on St. Maarten is anything but our own man-made-on-St. Maarten problem.

The argument that St. Maarten as a country had to be built “from scratch” won’t fly! Because, if you know you have to build an infrastructure, but you engage in wasteful spending and tax giveaways, then you admit to willful mismanagement.

Honest and brave parliamentarians need to explain to our youth who may have political aspirations, how it is possible that persons convicted of crimes can sit amongst them, reaping the benefits of being a parliamentarian.

What will the MP’s say and do that is within their power to change the situation on St. Maarten, so that young men and women do not view crime as a way to make a living?

Our parliamentarians need to tell us how they intend to engage government to manage public finances within our own (not Dutch, not Cft) budgetary rules, to bring expenditures in line with income.

If the debate in parliament is going to be the usual finger pointing exercise or some other variation of the “blame game,” then that truly will be the ultimate crime. Officer Benjamin’s ultimate sacrifice will have been in vain and all of us will be victims.

Did you like this? Share it:
Tweet
Mike Ferrier about the aftermath of the shooting: “Hopefully, parliament will get a grip on reckless spending” by admin