Member of Parliament George Pantophlet says that the people of St. Maarten don’t need more politicians, the people want leadership. The customary political grandstanding and spin moves that is being used to sidetrack mislead or confuse the people h

Comments Off on Opinion: Missing in Action by Todd Peterson

Dear editor, It appears to me that the Prime Minister Marcel GUMBS and the political leader Theodore HEYLIGER of this country are missing in action. Their lack of transparency in sharing whatever vision that they may have for this country is blind

Comments Off on Young man gunned down in Sandy Ground

Sandy Ground, St. Martin—One man in his early twenties is dead from gunshot wounds and his shooter wanted for questioning following an altercation in Sandy Ground that begun around 10pm on Friday night. On Friday at approximately 9:15pm, Kern He

St. Maarten -Students generally were satisfied with the news that the St. Maarten Government will be terminating the service level agreement with St. Maarten Student Support Services S4 in the Netherlands effective July 1, 2015. Students

Caribbean Looks to Paris Climate Summit for Its Very Survival

St. Maarten/THE CARIBBEAN---Caribbean leaders on Saturday further advanced their policy position on climate change ahead of the 21st Conference of Parties, also known as COP 21, scheduled for Paris during November and December of this year.

St. Maarten—Inspections and investigations are still being carried out in the Oyster Pond area by the Vromi department to determine where exactly the sewerage running into the trench originates from, Vromi official Henry Ellis said in an invited co

St. Maarten/USA---The first named storm for the year Ana, made an earlier than usual appearance over the weekend. The yearly active tropical period starts June 1st and lasts through the end of November. Since 1981, the average hurricane sea

GREATBAY---St. Maarten AIDS Foundation and Scotiabank announced the launch of the annual Stronger Together/ Red Ribbon fundraising campaign for 2015. It is the ninth year that Scotiabank spearheads the fundraising effort for the benefit of the AIDS F

St. Maarten -A working and cooperation methodology where feedback and input would be sought from the Council of Advice on initiative laws thereby foregoing a long tedious process to get legislation approved, is the result of a recent meeti

Comments Off on Road works continue throughout off season

Road works continue throughout off season

St. Maarten —A number of road repair and upgrading projects are currently being carried out by the infrastructure department of the Vromi Ministry including the patching of roads and the hard surfacing of some 16 roads, department head Claudio Bunc

GREAT BAY - St. Maarten Carnival Development Foundation (SCDF) fired six volunteers last week, days after the carnival season concluded.  According to one of the volunteers who asked to remain unknown, years ago, the volunteer started assisting the

Comments Off on Students show keen interest in learning Mandarin

St. Maarten -Students enrolled in the new Mandarin Course offered by the University of St. Martin are said by course facilitator Steven Huang to be showing a keen interest in learning the new language. The new Mandarin course began last week and w

Comments Off on Ana, now a tropical depression, churns north

St. Maarten/USA---The first Atlantic tropical storm of the year—Ana-- weakened as it made landfall in South Carolina early Sunday. Ana is now a tropical depression, the National Hurricane Center said in its 2 p.m. ET update. Warnings and watches we

Comments Off on Alfonso Blijden now member of Unesco Committee 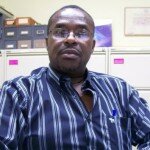 GREAT BAY - St. Maartener Alfonso Rolando Blijden has been appointed as the country’s representative on the United Nations Educational, Scientific, Cultural Organization (Unesco) Regional Committee for Latin America and the Caribbean of t

Comments Off on Netherlands building solid relationship with Cuba

THE HAGUE--The Netherlands and Cuba will be working more closely together in future. Minister Bert Koenders of Foreign Affairs made this agreement during his visit to Cuba, the ministry announced on Friday. Koenders said that the Netherlands has a �

Comments Off on Writers converge on St. Martin for annual book fair

St. Maarten - The Future Champs A team, Nagico United, MNO Spartans and the Winair Conquerors have all advanced to the semifinal round in the Prime /Pepsi T/20 competition, the decider is scheduled to take place on June 7th. After the l

Comments Off on Local athletes shine at international meet 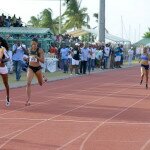 Olympian Dee Dee Trotter edges Italy’s Libania Grenot to the line in the 400m race. St. Maarten - In viewing the program for the 4th annual International Track & Field meet which was held at the Alberic Richards Stad

Comments Off on School soccer enters final round

If you want to destroy your church follow Liberals advice

By David French This past weekend, noted progressive-Christian writer Rachel Held Evans published a widely shared and widely read piece in the Washington Post decrying the Evangelical church’s shallow attempts to appeal to Millennials by trying

Comments Off on Mindful moments on living happy and up

Mindful moments on living happy and up

Mindful living has to do with present moment awareness. However, if one is not here, it becomes difficult to know that one isn’t here. One of our greatest character flaws is stemmed from the fact that we are mindless. One-tracked and tunnel visione

Comments Off on AVA Airways Economic Permit rejected in Curacao

St. Maarten - The economic permit for AVA Airways has been rejected by Curacao, according to Interim Minister of Traffic, Transportation and Urban Planning, Dr. Jose Jardim. AVA Aiways is a new airline company hoping to operate in St. Maarten and Cu

St. Maarten—Despite NAF 14, 351.22 in fines, 40 Arrests of which 27 were men and 13 women, 7 lost children, the confiscation of weapons and drugs, carnival 2014 has been billed as a success by the police department and the Prosecutors office, which

St. Maarten - The vote buying case, commonly called the "Masbangu case” was referred back to the Court of first instance by the Court of Appeal in a verdict rendered yesterday. The case was dismissed by the Court of First Instance when the judge r

Comments Off on Chamber of Commerce launches toll free number

GREATBAY--The St. Maarten Chamber of Commerce & Industry (COCI) enhanced its accessibility to the general public on Thursday with the launch of their new toll free number.  Clients can now contact the Chamber for free via:  1-844-SXM-C0CI (1-84

St. Maarten —New kids on the block Fantasy lottery St Maarten sank their teeth into the market this carnival season with a great promotion campaign. A lucky winner could pay US$ 10 for their many services and could walk away with a brand

Potential promoters for Carnival 2016 has until June 1 to request

GREATBAY--The St. Maarten Carnival Development Foundation (SCDF) has given persons/entities who might be interested in hosting a concert night for Carnival 2016 until June 1, 2015 to request such. The foundation usually awards the concert nights duri

Comments Off on Business Outreach & Placement Program opened for application 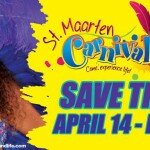 Kingdom affairs committee gives government 48 hours to get act together

St. Maarten - The Permanent Committee of Kingdom Affairs met on Tuesday morning in preparation for the Inter-Parliamentary Consultation of the Kingdom (IPKO) conference in the Netherlands from May 25th to May 29th. The council of Ministers is sti

Comments Off on SCDF announce dates for Carnival 2016

GREATBAY - The St. Maarten Carnival Development Foundation (SCDF) on Monday wasted little time in announcing the dates for next year’s Carnival season. The official period of the 2016 Carnival will be from April 14 until May 3, 2016. As usual, ther

Comments Off on St. Maarten will be host to Tsunami conference

St. Maarten will be host to Tsunami conference

GREAT BAY - St. Maarten is hosting the 10th Session of the Intergovernmental Coordination Group for the Tsunami and Other Coastal Hazards Warning System for the Caribbean and Adjacent Regions (ICG/CARIBE EWS-X). The conference will take place from 19

Comments Off on America’s first region to eliminate Rubella

St. Maarten – Acting Minister of Public Health Rita Bourne-Gumbs says she is pleased that the Americas region which also includes the Caribbean is declared the world’s first to eliminate rubella. Rubella is a contagious viral disease that can ca