While Minister De Weever was not physically present, he sent a loud and clear message to the community in his address to the Transforming Care congress at the Westin on Saturday evening. We have remained silent for too long about mental health issues

Comments Off on Opinion: Integrity Investigations of the St. Maarten Government

The way we understand it so far is that St. Maarten will now be blessed with two integrity investigations. Oh wait, there is a difference: Transparency International will do a national integrity system assessment and whoever the governor decides to h

Comments Off on Opinion: Missed opportunity

The powers that be in Curacao took a very strange decision about the Gay Pride Parade. The police told the organizers that “all expressions that indicate the gay-identity of the event are not allowed to be shown in public.” In other words: Cur 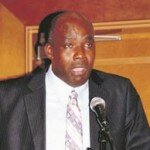 St. Maarten – A drug dealer escaped police during a high speed chase on Friday evening, though patrol officers managed to confiscate the dealer’s car, three bricks of compressed marijuana and a large amount of cash. The Special Task Force was 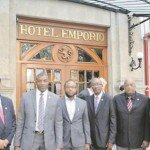 Again we are confronted with a situation in the criminal justice system that is screaming for a different solution. The case at hand is about a 17-year-old boy who is charged with a couple of burglaries, ill-treatment and firearm possession. But t

The dispute between BZV Curacao and country Sint Maarten about claims to the tune of 16 million guilders show that there are still quite some skeletons in the cupboards of the now defunct Netherlands Antilles. No matter how the court rulings in th

Comments Off on Mosera – At the crossroads of politics and art

Mosera – At the crossroads of politics and art

St. Maarten / By Jason Lista – A shaggy black dog streaked with silver came to the gate, curious to see who was visiting deep in the heart of French Quarter late yesterday morning. A tall dreadlocked figure emerged from the house and yelled out. T

St. Maarten– The Court in First Instance in Curacao has rejected a multi-million claim from the bureau for medical expenses facilities (SZV) in Curacao against Country St. Maarten in a court ruling that was published on Monday. BZV claimed 16 mi

St. Maarten – A violent robbery took place yesterday evening at a home in Guana Bay where a couple and their teenage daughter suffered from severe injuries when they got robbed by four unknown men at gunpoint. During the robbery the couple was s

Comments Off on Royal Marechaussee Captain Van der Heiden: “Our work is about delivering added value”

St. Maarten – “There are of course cultural differences. Some things we would maybe do different. But this is a country under construction and if we are able to contribute to that, I consider that as something very beautiful,” says Captain Ewou

St. Maarten – The St. Maarten Carnival Development Foundation (SCDF) has released the dates for the Carnival 2014 festivities, an impressive lineup of 24 days of Carnival activities to mark the 45th anniversary of Carnival on St. Maarten that invit

Comments Off on Mother to trial in sexual abuse case

St. Maarten– The 38-year-old mother of two boys who stood trial in March for sexually abusing their little sisters will appear in court on October 10. The woman is charged as an accomplice in the sexual abuse case. The boys, aged 20 and 19 faced

Comments Off on Teenager left to his own devices in detention

Teenager left to his own devices in detention

St. Maarten – The Court in First Instance deferred the trial of a 17-year-old boy yesterday to October 23. The teenager is charged with two burglaries, by ill-treating someone with a knife and with firearm possession. He appeared briefly in court y

Comments Off on Editorial: Underlying issue of the gruesome, senseless killing of a baby

Editorial: Underlying issue of the gruesome, senseless killing of a baby

There are no words to describe the loss of a baby, especially when the infant is healthy and the pride of his parents. The senseless killing of Mark Reid Jr. in April by a man suffering from religious delusions played out in court yesterday in all

Comments Off on Opinion: The art of debate

Opinion: The art of debate

The fifteen regulars who bother to follow debates in our parliament live via the internet will have noticed that some of our parliamentarians have a habit of becoming emotional when they speak. They are not really emotional of course, everybody under

St. Maarten – Mark Reid was just two months old and sleeping in bed with his mother Latoya Morgan when disaster struck on the evening of April 2. Dalton Danelle L.B., a 26-year-old security guard burst into the house in a God-driven spree of madnes

St. Maarten – After rumors were being spread on the island that patients at the St. Maarten Medical Center were infected with the Methicillin-Resistant Staphylococcus Aureus (MRSA) virus, the hospital made the following statement in a press release

St. Maarten– The Court in First Instance had a nasty surprise in store for Anutha Chevan Gooneratne, a 38-year-old former room manager at the Westin Hotel yesterday morning. At his trial on September 4, the prosecution demanded a 24-month condition

Comments Off on Cruise Line commits 120,000 passengers to St. Maarten for new season

GREAT BAY – St. Maarten’s 2014 budget will be approved and signed into law before the end of the year. Finance Minister Maarten Hassink re-confirmed the government’s intention to achieve this goal. “It is a very tight schedule, but all minist

Comments Off on Big challenge to attain a sound financial position

Alzheimer’s disease is hanging like a dark cloud over the world and apparently the world has no clue how to deal with it. That the number of patients with Alzheimer’s and related diseases will increase at a worrisome pace is a fact, but nobody

Comments Off on Opinion: When the police blunders ….

Opinion: When the police blunders ….

When the police blunders, judges do nothing. Thus read the headline above a piece written by Folkert Jensma on his legal expert-blog in NRC Handelsblad this week. It’s an intriguing piece, also because it sounds so familiar here in St. Maarten. But

Alzheimer patients in Aruba victim of neglect and abuse

ORANJESTAD, Aruba – “Some patients are tied to their beds for the sake of convenience. They have to sit in their own feces for days because there is no time to clean them up,” says Melva Croes-Yánez, the president of the Alzheimer Foundation i

Plaintiff demands stop to auction and return of all payments St. Maarten – The Court in First Instance is the stage on Friday afternoon for a lawsuit against the Windward Islands Bank, initiated by Elaine Christopher. In summary proceedings, the 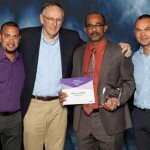 Comments Off on PM: National Development Plan will wake up the people

PM: National Development Plan will wake up the people

St. Maarten – “We are busy with the process of waking up the population as to the importance of the involvement of the whole community in building St. Maarten” was Prime Minister Sarah Wescot-Williams’ answer when asked why the process of the

THE BOTTOM, Saba – Sea & Learn 2013 is an upcoming series of events on Saba organized to “enhance your environmental awareness.” A highly renowned group of international experts in various fields will descend on the island to deliver many f

Comments Off on Transforming Care congress focuses on youth resilience

St. Maarten – The Transforming Care congress will open at 6.30 p.m. on Saturday at the Westin Hotel with a speech by the Minister of Public Health Social Development and Labor Cornelius de Weever. The congress symbol is the butterfly, which tran

The Wiels-investigation finally seems to be making serious progress. Obviously the investigators have not been idle since the May 5 assassination of the Pueblo Soberano-leader, but the lack of news has led people to believe until recently that this c

Comments Off on Opinion: The downside of eating healthy (2) 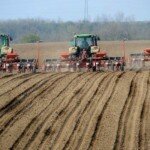 Opinion: The downside of eating healthy (2)

Eating healthy makes sense to a lot of people, but there is a downside. Ralph Bodelier, a theologian and cultural philosopher wrote an essay about this issue in Trouw. Not everybody will agree with what Bodelier has to say, but it is at least food fo 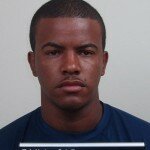 [caption id="attachment_25151" align="alignleft" width="198"] Convicted murderer Sobiesky Parrondo has been on the run since June 23. A month after his escape he was sentenced to 14 years imprisonment. Photo Interpol[/caption] St. Maarten – Ther