VVD-parliamentarian André Bosman has jumped on Minister Maurice Lake’s initiative against yellow journalism with questions to Kingdom Affairs Minister Ronald Plasterk that will meet a predictable fate: St. Maarten is an autonomous country and it w

There are lies, damn lies and statistics. Some of the stuff readers love so much on the website that was so brutally attacked by Public Housing Minister Maurice Lake this week definitely does not fall in the category of statistics. Go figure. What

A DAE-plane landing at Princess Juliana International Airport is almost certainly a thing of the past.WILLEMSTAD – Airline Dutch Antilles Express is as good as dead, the Antilliaans Dagblad reported yesterday. Consultant Nelson Ramiz said it: �

Lake’s proposed media-policy sets off alarms in The Hague

St. Maarten – VVD-parliamentarian André Bosman did not waste time when he read that Vromi-Minister Maurice Lake wants a “phased accreditation policy” for journalists in St. Maarten. In six pointed questions to Home Affairs and Kingdom Relation 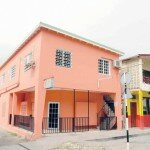 St. Maarten – The decision by the inspectorate to suspend Dr. Angelica Arrindell’s from practicing medicine on June 24, has been declared completely unfounded by the judge at the Court of First Instance. According to the judge, the directorate

St. Maarten – Vromi Minister Maurice Lake is pleased with the site visit last Friday that he took part in along with SOL Fuel provider and representatives from the Cay Bay Community Council. This site visit is a follow-up to a meeting that Mini

THE HAGUE – Minister of Kingdom Relations Ronald Plasterk has taken note of the recommendations to St. Maarten, Aruba and Curacao in the Trafficking in Persons Report from the American State Department, Jamila Baaziz reports on Caribisch Netwerk.