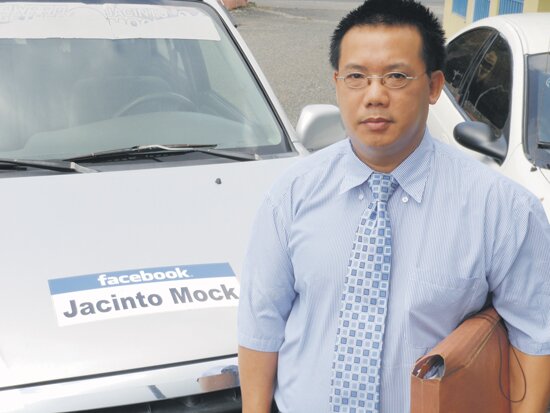 St. Maarten – After Lenny Priest launched his One St. Maarten People Party on August 1, there is yet another newcomer in the political arena: the Social Reform Party (SRP) of Jacinto Mock. With the existing parties – DP, NA, UP and CPA – there are now six contenders for next year’s elections.

The party was incorporated on May 7, and the SRP applied for registration on July 9. So far however, there has been no response. According to the national ordinance that regulates the establishment and the financial household of political parties the Electoral Council has to react within three weeks to a request for registration.

Mock said yesterday that he intends to take part in the 2014 parliamentary elections. The party is registered at the Chamber of Commerce. The objectives of the SRP are according to the registration: “To invite lecturers on various humanitarian-oriented topics, hold meetings and distribute information including all activities related to selecting, recruiting, training, promoting and placement of political candidates to participate in political elections on St. Maarten.”

The association will “adhere to the laws of St. Maarten, while placing honest and competent political candidates from the Social Reform Party into parliament and ministries and promote the cause of democracy and good governance while observing all constitutional laws, human rights requirements and international treaties.”

The party also aims to provide support and charitable services to the community.

Seven people are listed as board members of the SRP. While they are all born outside of St. Maarten, they all have the Dutch nationality. The 45-year-old Mock is the party’s president. During the 2010 elections he was a candidate for the National Alliance.

His vice-president is Alejandro Alvarez (64) and the treasurer is Wenher Ivan Peterson (37). Board members are Teresita Mock-Lee (65), Irma Martina Gumbs (57), Baoya Li (42) and Judy Teresa Li-Mock (44). Remarkably, five of the seven board members live at the same address on Illidge Road.