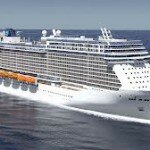 Airport managing director Regina Labega welcomes the Dutch Prime Minister Mark Rutte at the airport during his recent visit. Photo Today /  Leo BrownSt. Maarten / By Jason Lista – The asphalt milling that was taken from the airport was “rea

St. Maarten - By Hilbert Haar - Politicians in The Hague ignore pertinent information about St. Maarten and the decision to close the book on debt relief was unilateral and unfair, says Ronald Bandell, chairman of the Progress Committee St. Maarten:

St. Maarten - As ironic as it may sound, the 70 students who winged out for Holland did so after shedding tears on the shoulders of loved ones, after the KLM flight was showered with water to mark the 18th anniversary of the Fire Department and last

St. Maarten - Governor Drs. Eugène Holiday had scheduled his Governor's Symposium this year for August 23. The theme of the symposium is sustainable development. The location for the event has not yet been disclosed, but a previous symposium was

GREAT BAY - The Port of St. Maarten will welcome the Norwegian Getaway in February of next year. Norwegian Cruise Line (NCL) will take delivery of the 146,600 gross tonnage Getaway in late January 2014, earlier than originally scheduled.  The v

St. Maarten - Remain vigilant for the hurricane season and do not become complacent, Prime Minister Sarah Wescot-Williams said on her weekly radio program One on One with the Prime Minister. Although the island has thus far been spared, there is stil

Shooting near Tantra: one seriously injured

St. Maarten - One man was injured during a shooting that took place on Friday at 4 a.m. in the vicinity of the Tantra nightclub in Maho Reef. The victim, A.T., drove himself to the hospital for medical treatment. There were two other young men in his

Prime Ministers Rutte and Wescot-Williams are all smiles at a press conference on Thursday July 18; now the mood has soured. Photo Today / Milton Pieters"Media took independence statement out of context" St. Maarten - The media took comments b

The word visitation has an ominous feel, and we understand that the police force was initially not to happy to become the subject of such an exercise. Now that the work is complete and the report is there, everybody is happy. The visitation commit

Smuggling cocaine is never smart, but it remains attractive because the rewards (or potential profits) are so high. While we have no definite information about the reason for the arrest of former policeman Marcel Loor in Paris, the rumors are persist

St. Maarten - "The police force is the first organization that has been audited by independent outsiders," Justice Minister Dennis Richardson said yesterday afternoon when he received the first copy of the visitation report about the force from Frank

St. Maarten - Prime Minister Sarah Wescot-Williams says that she is very concerned about recent statements by Dutch Prime Minister Mark Rutte that he has instructed Governor Eugene Holiday to launch an inquiry into integrity within the government. Ru

St. Maarten – Governor Eugene Holiday, officiated the appointment of, and administered the oath of office to the minister of tourism, economic affairs, transport and telecommunication and the deputy minister plenipotentiary of the current cabinet o

Gas and diesel prices go up

St. Maarten -As he assumed office on Thursday afternoon, the new Minister of Tourism, Economic Affairs, Transport and Telecommunication Thadeus ‘Ted’ Richardson inherited tons of work; from business licenses that still need to be processed or can