St. Maarteners nominated for Pearls of the Caribbean award

St. Maarten / ROTTERDAM – Three St. Maarteners are nominated for the Pearls of the Dutch Caribbean award show that takes place tomorrow in Rotterdam: Ivy Defoe, Mathias Voges and Christella Garard. Defoe is nominated for the science pearl, and Voges and Garard for the student pearl. It is the second successive year the gala award is held, celebrating the societal successes of Caribbean talents and professionals. 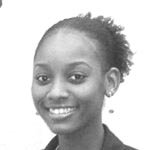 At the age of 19 Ivy Defoe moved to Holland on her own from St. Maarten to attend university. Within 4 years she graduated with a bachelor’s and master’s degree in child and youth psychology from the Vrije Universiteit Amsterdam and less than a year thereafter she was appointed as a PhD candidate at Utrecht University. Ivy is also a first generation university student, as both of her parents did not go to college or university. Similar disadvantageous circumstances mean that Ivy had to work extra hard to overcome associated obstacles to get where she is now. She had to be independent at quite a young age, and create opportunities and positive surroundings for herself, this was challenging at times but she never gave up. What’s special is that she uses her life story of optimism and perseverance to inspire youth, the organization wrote in a brief presentation of the nominee. 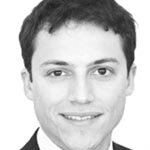 Mathias Voges was born and raised in Sint Maarten, where he finished his VWO at the Milton Peters College as the best graduate of his year. It proved to be a sign of the impressive academic potential of this young and ambitious man. At the prestigious Technical University of Delft he completed both his Bachelor and Master in Life Science & Technology with the distinction cum laude. During this period Mathias worked as a researcher on bio-energy projects at Harvard University (Boston), where he developed a keen interest in large-scale interdisciplinary initiatives.
For Mathias as a scientist, being able to contribute to society’s biggest challenges has always been very important. This is why he joined the ETH Food Security Program, where he developed sustainable models to support small-scale farmers in Tanzania earning their living.
Mathias has recently accepted a PhD-position at Stanford University (San Francisco, USA) where he will help to develop and discover novel biological functions that promote the sustainability of our ever-changing society.

Christella Garard was born in Haïti, but she became a child of Sint Maarten where she enjoyed her primary and secondary education, after she moved to the island from Haïti at the age of 3. Under the mentoring of S4 she started her study Pharmacy at the University of Utrecht in 2007. For her Bachelor thesis she received the outstanding mark 9.

Currently, Christella is pursuing her Masters-degree in Pharmacy. As a part of her practical research training she has done research in Costa Rica – an effort that was rewarded with the exceptional mark of ‘9.5’. A publication of her research results is in the making.

Christella is not only active on the field of academics, but is also making strong efforts to influence others in a positive way. Since 2009 Christella supports the S4 Foundation in providing good starting conditions for new and young students, who arrive in Holland yearly from the islands Saba, Statia, Bonaire and Sint Maarten.
The gala will be opened tomorrow by Rotterdam’s mayor Ahmed Aboutaleb. OCaN, the lobby organization for Caribbeans living in the Netherlands is responsible for the organization.