One gets a crown, another a car: Gibbs and Brooks crowned Teen and Senior Carnival Queen

St. Maarten - When the curtains went down on the TelEm/Motorworld teen and senior pageant during the early hours of Thursday morning, it marked the end for two outgoing queens and the beginning of a journey for the newly crowned queens. The openin

The Kingdom is on the eve of a historic moment: the inauguration of King Willem-Alexander. While this does not seem to excite our island-population it is good to remember that the royal family has functioned throughout the past 200 years as a stabili

After 123-years our new King is (almost) there

St. Maarten - Tuesday is a momentous day in the history of the Dutch Kingdom. Her Majesty Queen Beatrix will abdicate and her eldest son Willem-Alexander will succeed her. He will be the first King in 123 years after Willem III (Willem Alexander Paul

GREAT BAY – Writing that St. Maarten is getting all excited about the upcoming inauguration of King Willem-Alexander would be stretching the truth beyond breaking point. There is no buzz in town, retailers have not jumped on the occasion –at the 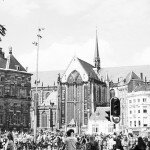 Inauguration program for early birds in the islands

King Willem-Alexander’s inauguration takes place on Tuesday in the Nieuwe Kerk in Amsterdam.St. Maarten – Royalty lovers in the Caribbean will have to get up early on Tuesday if they want to witness the abdication of H.M. Queen Beatrix in the

Wilhelmus: Oldest anthem in the world

St. Maarten – Coming Tuesday with the inauguration of King Willem-Alexander the first stanza of the national anthem will be sung throughout the Dutch Kingdom. For this special event Today put together some facts about this ancient song together wit 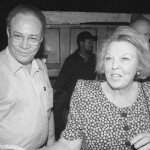 ‘Beatrix did a marvelous job’ Portrait of a Queen

[caption id="attachment_22555" align="alignleft" width="550"] Queen Beatrix during her visit to Curacao in 1999. The Queen got hit by a wave which destroyed her royal hairdo.[/caption] St. Maarten – The abdication of Queen Beatrix, was covered i 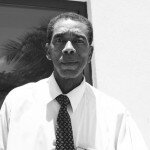 [caption id="attachment_22553" align="alignleft" width="300"] John Mathias Hodge[/caption] St. Maarten – “It is my hope that our new King Willem-Alexander will visit the Caribbean part of the Kingdom as often as our Queen Beatrix did during he

Senior citizens: ‘May he be as nice as his mother’

St. Maarten – “May Prince Willem-Alexander be as nice as his mother and grandmother was,” Senior Citizen Olive Hodge said to Today’s reporter when a visit was paid to the St. Maarten Senior Citizens Recreational Foundation Center. “I know t

The King’s song: North Korean propaganda or just another tune?

St. Maarten – The Netherlands has been upside down about the King’s song, a composition by John Ewbank. So much so, that international media started to take an interest in the subject. This is for instance what time wrote about it on its website

One year ago on St. Maarten

Marlon Brooks, the truck driver who is involved in the traffic accident at the Kruythoff roundabout whereby his truck rolled over says that the brakes of his truck were failing when he came down the Harold Jack Hill. The quality of patient files 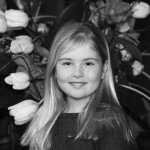 Next in line: Princess Amalia

From Tuesday, the royal couple’s eldest daughter Catharina-Amalia will become Princess of Orange and the heir apparent to her father’s throne. This picture was taken in Wassenaar on March 28, 2012 by crown prince Willem Alexander. © RVDSt. M

Aura Webster Hanson: “I wish the king much strength”

FRENCH QUARTER -The Mother Theresa of St. Maarten Aura Mercedes “Sadie” Webster Hanson was decorated by Her Majesty Queen Beatrix as a Member in the Order of Orange Nassau in 2003 for her outstanding community service. She was born in Curacao 68