St. Maarten – The Board of financial supervision Curaçao and Sint Maarten Cft stated in a press release that the second half of 2012 has brought more insight in the challenges for the public finance of both countries. This demanded diligence in ta 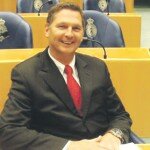 St. Maarten – Vromi-Minister William Marlin will inform Ombudsman Dr. Nilda Arduin within two weeks in writing about his position on her Cadastre-report. On June 8 of last year, Arduin presented a report that addresses seven shortcomings at the Cad 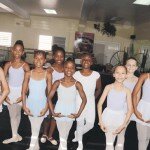 Some of the students who are participating in the French Federation of Dance competition, which will be held in St. Barths today. Photo Today/Leo BrownSt. Maarten – Fourteen students of Motiance Dance School and Imbali Dance School are competing in

St. Maarten - MP Gracita R. Arrindell said in a press release that she took with great sadness note of the passing of former Prime Minister of the former Netherlands Antilles Miguel Pourier. “I will fondly remember him for his encouragement, his hu 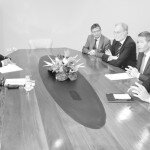 St. Maarten - With the opening of the newly constructed advanced secondary vocational training school in Cayhill fast approaching, the Windward Islands Teachers Union now wants attention to be placed on the regulation of salary scales for SBO teacher