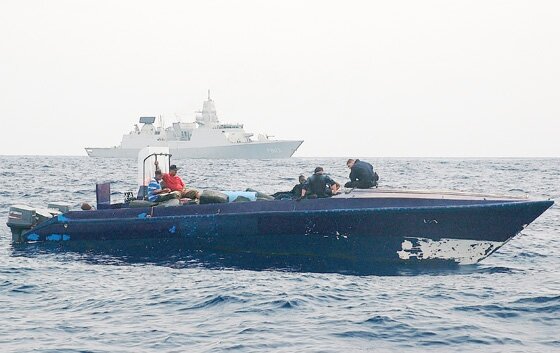 Coast Guard officers have taken control of a Colombian go fast in the waters near Curacao. The drug runners are handcuffed to the boat. When the Coast Guard discovered the vessel and pursued it, the crew threw barrels filled with cocaine overboard. The Coast Guard says it recovered 2,000 kilos of cocaine with an estimated value in the Caribbean of around $1.4 million, but with a much higher value on the streets in Europe and the United States. See story on page 5.