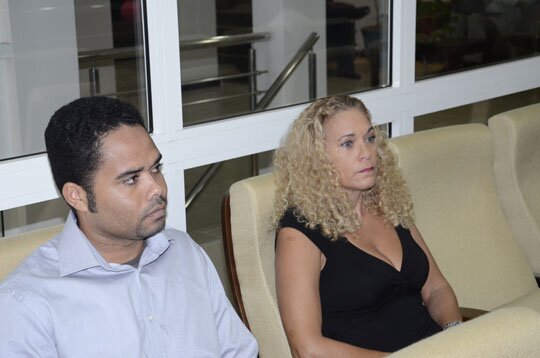 St. Maarten – Board member of the Emilio Wilson Estate Foundation Rueben J. Thompson, who is also vice-president of the St. Maarten Pride Foundation, is worried about the deafening silence of Deputy Prime Minister William Marlin on the Emilio Wilson Estate controversy. A section of the historical park has been slated for the development of adventure park following the granting of permits to Carnival Cruise Lines and Rainforest Adventures earlier this year.

Environmentalists, like Thompson, have strongly rejected the decision to develop the site and have called for the permits to be revoked. Marlin was one of the staunch supporters of the environmentalists cause while in the opposition in the parliament. However, the change in power less than three months ago saw Marlin leaving his parliamentary duties behind to take up the office of Deputy Prime Minister with responsibility for zoning, environmental and spatial affairs.

“When the Deputy Prime Minister was in parliament, he was very vocal about the Emilio Wilson Estate. He voted to protect the estate and now that he is now minister of environment, we expected to see some sort of action. Who knows how long he will be there as Deputy Prime Minister, elections are in 2014 and anything can happen before. We really need to see some action. We are not hearing anything,” Thompson said.

Marlin has spoken with the environmentalist since taking office but “we have not had extensive contact,” Thompson said.

In June, St. Maarten Pride Foundation submitted a letter to the department of general affairs addressed to Marlin and Culture Minister Silveria Jacobs. In it the organization pointed out that the government is obliged to hear the Monument Council when someone asks for a permit to demolish a protected monument. Since this Monument Council does not exist, this procedure was obviously not followed, the group said. The decision to issue the permit was also not published in local media or in the national gazette.  Since then, no word has been forthcoming from the government concerning the issue.

“We believe that the permits that were issued were very questionable. The proper procedures for issuing the monument permit were not followed. It is remarkable that two foreign companies – Carnival Cruiseline and Rainforests Adventures – can come here and dictate what is needed for St. Maarten. It is unbelievable that they have managed to persuade our former Minister of VROMI. This would see the destruction of one of the last protected areas on St. Maarten. We do not have any protected areas here; this was the last one; now it was allocated for large scale commercial use. It is a shame.”

In May, Minister Marlin said that he was looking into all possibilities to reverse several decisions taken by outgoing Minister Theo Heyliger on projects that had gotten strong environmental objections. He also said that the present administration would tread cautiously to ensure that it does not engage in litigation with contractors who had already gotten approval for several development projects.

Thompson is adamant that the Rockland Estate Rainforest Park will not be the best thing for St. Maarten.

“We renew our calls to the current government to have a look at these questionable permits and see if there are possibilities for revoking these permits. We do not need an amusement park in St. Maarten especially on the Emilio Wilson Estate.”