St. Maarten – Coastal residents are advised to have plans in place for possible storm surge in the event of a passing hurricane along the south coast of the country. These plans should have been in place since before the hurricane season started on

“I have had enough of this woman” St. Maarten / By Hilbert Haar – What should have been the “historic moment” Ombudsman Dr. Nilda Arduin envisioned with the presentation of her office’s report about its first systemic investigation, tu 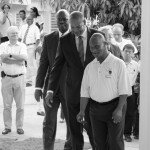 PHILIPSBURG – The University of St. Martin (USM) will be offering an International Business and Management Studies (IBMS) in conjunction with the Hanze University of Applied Sciences in Groningen (Netherlands) as of August 2012. The program is the

When it comes to choosing between what is right and what is economically beneficial the Eastern Caribbean still tends to opt for the fast buck. In St. Maarten we have seen that turning the Emilio Wilson Estate into a tourist attraction, has defeated

St. Maarten – The Board of financial supervision Curaçao and St. Maarten (Cft) has decided recently to publish all its advices and reports on its website three weeks after they are issued. The decision was made after the body evaluated its media p

St. Maarten – Insurance Company of the Windward Islands (ICWI) will launch its flagship Road Angel policy at its Cole Bay Office at 6:00 p.m. The policy, which is specifically geared toward female drivers, was first introduced in ICWI’s home coun 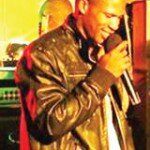 Opinion: Clowns in a theater democracy

Criticism of the Dutch parliament has increased to the level where a Volkskrant columnist is calling parliamentarians “the clowns of our theater democracy.” It is an interesting thought and though we are not ready to plaster such labels on the me

A historic moment it was indeed: the first report about a systemic investigation produced by the Bureau Ombudsman since its inception on October 10, 2010. Unfortunately this report, about perceived irregularities at the Cadastre is surrounded by the 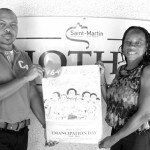 St. Maarten - The General Pension Fund Netherlands Antilles (APNA) will officially close down on July 1. The closure comes after 73 years of services rendered to the civil servants and pensioners of St. Maarten. It is brought on because of the disman 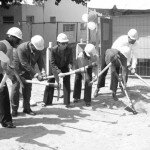 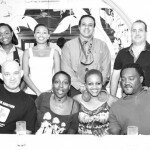 Front row, l-r Trinidad, Yashere, Kennedy, Da Phox, back row l-r Duporte, Arrundell, Beauperthuy and Ferland.St. Maarten – The fact that even entertainment has its parameters became explicitly clear during the press conference for this year’s Lau 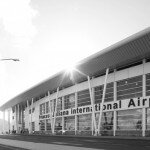 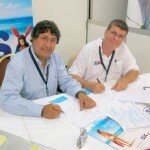