Editorial: A matter of priorities

The tragic story of Felicia Williams, the teenager who drowned in a jet ski accident in March of last year, makes clear that victims too often end up holding the short straw. The driver of the jet ski, 37-year-old Aubrey Thom, was held responsible fo

Dear Brenda, Some seven months have now passed since the courts verdict ordering you all to hand over all documents dating back to 2001 to me and to include me in the estate of the late N. C. Wathey as legitimate shareholder. To date you have refu

Letter: The insensitivity of a politician

Dear Editor, How insensitive can our politicians become towards the needs and suffering that the less fortunate of country St. Maarten have to deal with on a daily basis? Let’s take a look at the action of the deputy prime minister of country S

Yesterday we quoted from the crime analysis report about St. Maarten where it said that citizens do not do enough to secure their homes against burglars. This may have sounded to some a bit like a lame excuse to explain why there are so many burglari

It’s not something we think about every day: homing pigeons. People who make breeding these pigeons are called duivenmelker in Dutch it sounds a bit denigrating and it places the pigeon-breeders in the category of old fools who have nothing better

Some people have a weird way of doing things. Like, for instance, reading something in our paper and then sending a letter to the editor of another paper. Not that we care, we just find this weird. The letter was about leading by example, and the we

Opinion: Wilders and the end of the euro

In a couple of days the British economic research bureau Lombard Street Research will publish a report about the re-introduction of the Dutch guilder. The report was commissioned by the Freedom Party PVV. Observers expect that the report will blow up

Vesuvius-suspect in court to testify as a witness

St. Maarten – After suspects in the Vesuvius-investigation were taken to court last week for a session with the Judge of Instruction about the prolongation of their detention, yesterday one of them returned to the courthouse under strict security m

No decision yet about integrity probe Curacao

St. Maarten – Transparency International is still pondering its options for a so-called integrity investigation in Curacao. “We are currently considering the details of what this would involve. No formal decision has been made, but we should have

Sports: St. Martin/St. Maarten to compete as one

St. Maarten - Some of the seasoned athletes from both sides of the island will be facing a stern test when the Speedy Plus club stages its first international track & field events at the Alberic Richards stadium in Sandy Ground from May 5 to May 9. T 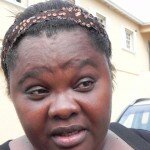 St. Maarten - The mother of drowning victim, Felecia Williams, has expressed disappointment with the way the justice system handled her daughter’s case. Deleta Bailey-Johnson says that although she does not possess a full understanding of the Dutch