St. Maarten – Justice Minister Roland Duncan announced on Sunday that a 15 bed Youth Detention Center will be constructed in Cay Hill on the same property as “The Box”. The announcement was made on For the Record with Eddie Williams on Radio So

Editorial: The need for repairs and community assistance

The proof of the need for repairs on the Pointe Blanche prison became blaringly obvious on Sunday when Anthony Ray Spencer became the second prisoner for the year to escape from the prison be climbing through a hole in the roof in the kitchen. While 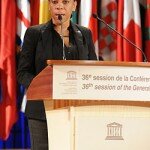 PARIS – Languages and their impact on learning and the implementation of compulsory education were core elements of St. Maarten’s national statement to the 36th General Conference of the United Nations Education Science and Culture Organization ( 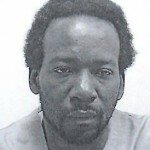 St. Maarten – Management of the Pointe Blanche Prison and Justice Minister Roland Duncan both announced Sunday that Anthony Ray Spencer, who was sentenced to 20 year imprisonment for on October 12, had escaped from the Pointe Blanche prison. Spen

St. Maarten – Minister of Public Health, Social Development and Labour Cornelius De Weever will return to parliament at 2:00 pm on Wednesday to respond to questions that were asked by Members of Parliament on the labour situation. The questions wer

St. Maarten - The Tallahassee-St. Maarten Foundation Inc. under the directorship of Arthur Lugisse is very pleased with Yulanda Gentle’s performance at U.S. Virgin Islands Fashion Week. She represented the island there after winning Direct Music T 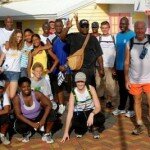 St Martin Trails Group Picture MARIGOT– St. Martin Trails hosts its first Annual Unity Walk-a-ton on November 13 under the theme United for our Environment. The club hikes trails on both sides of the island every Sunday morning and feels that ther

St. Maarten – Prime Minister Sarah Wescot-Wiliams toured the Post Office and spoke with employees last week to get an update since the signing of the Transfer, Support and Assistance Agreement on Saturday, October 15, 2011, guaranteeing postal serv 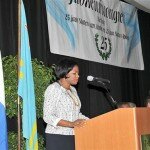 “These institutions might even require some re-engineering.” St. Maarten – President of Parliament drs Gracita Arrindell has called for closer functional cooperation between Aruba and Sint Maarten. She has also said that St. Maarten should l

St. Maarten – Finance Minister has welcomed an announcement by Dutch Secretary of State for Finance Frans Weekers that he has assigned his technical advisor Robert Cornax, to research the situation with the Dutch Ministry of Interior Affairs and Ki

Opinion: When a lady gets mad …

Fashion designer Mauricio Gucci’s widow Patrizia has spent the past fourteen years in prison. In 1998 she was sentenced to 29 years of imprisonment because she had been so unkind to murder her husband. A court ruled recently that mama Gucci is rea

Ah, finally there is a unique solution for our crowded roads. Stop the import of new cars and invite American Joe LoCicero for a seminar. The American, who in Maine, bought a 1990 model Honda Accord in 1996. The car had just 74,000 miles on the clock

There was this rather obvious ad on the government information page in the local newspapers addressing children who travel on school buses. Amidst all the well-intentioned warnings to these kids to behave themselves (or else), there was a line that a