Shigemoto: “We’re still working it out”

St. Maarten – Minister of Finance Hiro Shigemoto says the government is still “working out certain aspects of the law on corporate governance” and that has caused a delay in finalizing the budget for the Corporate Governance Council. That appro 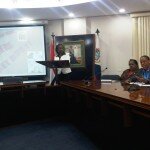 St. Maarten – Potential partners in the "Get off the block, get on the bus, get busy" project initiated by Minister of Education, Culture, Youth and Sport Rhoda Arrindell have pressed for the nation’s young people to be presented structural sol 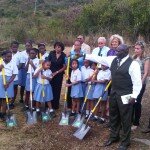 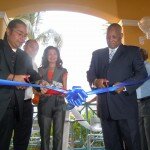 Dear Editor, I was wondering when Minister Heyliger would resurface again. After being “all over” during last year’s elections (with a catchy song on the radio, ads in the newspapers, on TV and in the Movie Theater, a Facebook page, a flashy

Letter by reader: Open Letter to the public of St. Maarten Police Brutality

Dear Editor, It is my sincere privilege to thank all of you, who in one way or the other expressed sympathy with me after my ordeal of police brutality, which recently took place. Without your support and prayers, it would never have been possible

You’d think that the Netherlands would take proper care of a small island nation it keeps pressing to make a decent job of maintaining law and order. Here are some real facts and figures to chew on. The St. Maarten police force is working at 5

Today’s Opinion: Guns for the rich

Maybe it is understandable that Justice Minister Roland Duncan came to the conclusion that the have’s on this island must get better means to protect themselves against the increasing number of armed robberies and burglaries. After all, nobody want 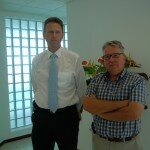